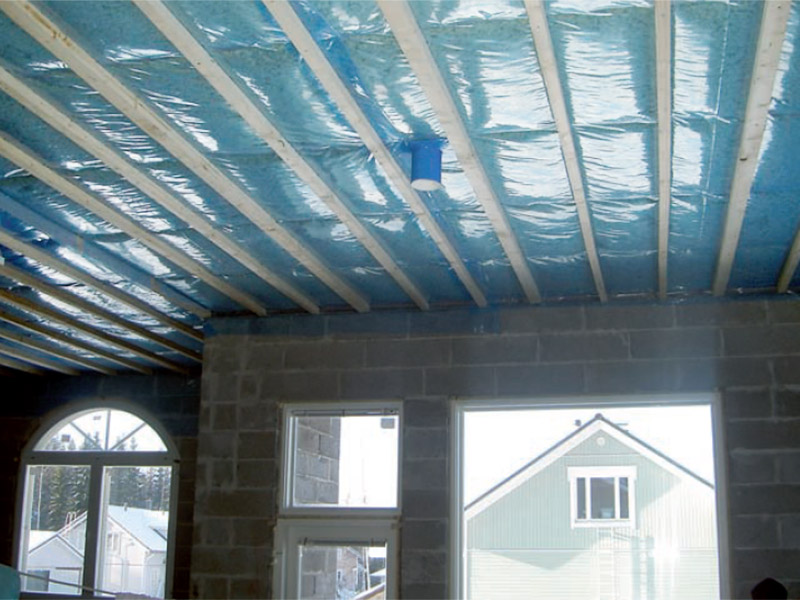 The vapour barrier film will prevent air leaks and the accumulation of harmful moisture in the structural elements. The film is tinted bluish.

The standard film width is three metres but we can manufacture film in compliance with the width of an element on order.

We can also deliver customised films.

More information and requests for quotations